Artificial intelligence. It’s the talk of some parts of the scientific and business communities for the past thirty years. Though its reach may seem overstated (at least, for now), AI is doing some incredible things. What exactly is artificial intelligence, and how are companies using marketing AI to change the way we’re doing business? Let’s take a closer look at all this and more, without writing a novel on the subject.

AI stands for artificial intelligence, a branch of science that tasks itself with developing machines which can learn the way humans do. Traditional machines like computers and cars use a system designed to receive an input: in this case codies and pedals, respectively. These systems rely on certain parameters to be met. Then, a command executes and a desired outcome happens. Your foot, the input, presses the pedal, which makes the car go forward by way of combustion in the engine.

Humans don’t really operate this way (though one could argue the brain is a kind of natural system that operates our bodies). Instead, we use natural learning, a process that doesn’t require an input. We intuitively make decisions based on experience and logic. If you set a car to roll towards a tree, it will crash. If you told a human to walk towards a tree, they’d stop before they bumped into it because solid objects hurt. No one told the human to stop, they did it on their own without relying on an input command.

This is what scientists try to teach artificial machines. Remember there’s a difference between inputting a command for a machine to not hit the tree, and the machine “knowing” to avoid trees on its own. Because machines can process data so quickly, imagine a world where that data could be analyzed by machines, too. Millions of unique paths playing out in the blink of an eye. Though true AI is far off fantasy (which may be closer to reality than we think), doesn’t mean we can’t reap the benefits of our progress thus far.

The prospects for AI marketing aren’t as grandiose, but they do have potential. Imagine an ad that knew you almost as well as you did, based on precise data that would take a team of humans months to catalog. Now imagine that ad on a scale of six billion people across the internet, created instantaneously, every minute of every day. AI at its best harnesses this large pit of data being spat out on the internet daily and turns it into a portrait--and a personalized, virtual store--of and for every single person. It’s more than just individual searching, it’s leveraging statistics to put ads in your face that marketers are willing to bet you will click on (at least, in an ideal marketing AI world).

Marketing AI, like general AI, is in its baby stages. We won’t see the tangible, explosive benefits for at least ten years. But that’s a conservative estimate, especially with how quickly computer processing power advances. Regardless, AI and the hype surrounding it is here to stay, and with it is the potential for marketing AI to reach new heights in the realm of business.

Like what we’re talking about? Continue the conversation over at our blog. 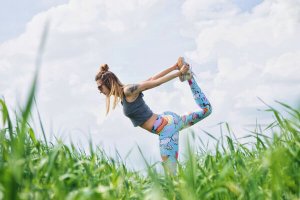 The Wellness Trend: How it Affects Marketing 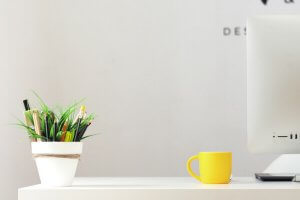 What is Search Engine Optimization? 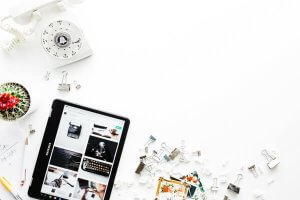