How social media influencers are changing the digital marketing game

Consumers crave authenticity, especially online. In fact, trust in traditional advertising continues to plummet, and for good reason. These tactics just aren’t working anymore, as they’re seen as disingenuous. While it’s true these campaigns are just looking for people to buy stuff, it’s important to remember that the way you go about showing your company’s message will make or break you. And, let’s be honest, most traditional ads are in your face and just feel like a sales pitch. How are social media influencers changing this dynamic? They bring a product or service to the consumer in an honest, authentic way. No ad campaigns or gimmicky slogans. In fact, influencers are usually sponsored to conduct favorable reviews in the format they are accustomed to.

That’s why social media influencers are so effective. Nothing feels out of the ordinary when they’re pitching a product, because, besides the name-dropping, it just feels like another post, video, or tweet from that influencer. By giving the power of creativity to the influencer, they come off as genuine and authentic, meaning their audience will trust them with the reviews of a product.

Another reason these influencers work so well is that they’re relatable. Most influencers built their channel up to have millions of followers before being approached to represent a brand. That means the content they create is worth watching, in a relevant sector of that brand. A makeup company may go after a model on Instagram, for example, to post about their beauty products. Part of what adds to the genuine nature of social media influencers is they have personality and they’re making things that people want to see.

When a new video comes out from someone’s favorite content creator, the video receives millions of views within the first day. That means there’s a dedicated audience committed to looking at this content daily. What that means for businesses is tons of missed ad space if they’re not marketing using a social media influencer!

How do social media influencers get famous in the first place? Yes, they have personality and cater to their audience, but they’re also passionate about what they do. They have a real interest in their sector, meaning when you’re trying to reach out to sell a product, it’s to an audience that is equally passionate about a topic. Someone with a large following who posts often about computers, for example, probably has a genuine interest in technology and would give your product favorable reviews if it performed well.

Just remember that, as with social media, influencers can be a difficult marketing strategy to master. Do your research and see which influencer is low-risk, high-reward. Be wary of recently-famous influencers or influencers who don’t seem interested in their own content. Get to know your influencer well, as they’ll be a start of a wave of content creators which will soon (if not already) flood the internet.

We’re LumberPress, digital marketing strategists who will take your website to the next level. Check us out here! 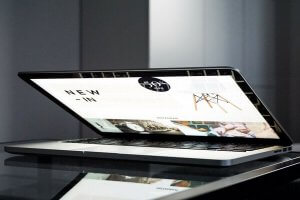 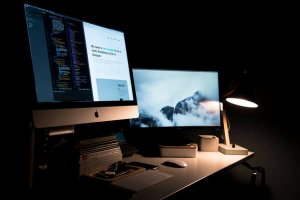